Human beings are social animals, so they need to interact with other on regular basis. In the earlier times, that was difficult as there were very few mediums available. But today, there are loads of mediums available to interact with others. We can stay connected to others all the time. The mediums thorough which we can stay connected include mobile phones, internet, and others. However, the most common mode is the mobile phone.

Due to the huge competition in this industry, mobile phones are becoming cheaper day by day and that has resulted in them being affordable by almost everyone. People buy mobile phones of various varieties which provide great features. Mobile phones are used not only for voice calls and text messages, but today they’re the new gaming devices, music players, video players, digital cameras and internet surfing devices. You name them and the features are there in one or the other model of mobile phones. 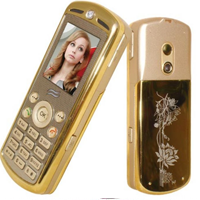 They’re available in all price ranges and varieties. Whether you want a full QWERTY keypad phone, normal candy bar shaped phones, clam shell phones, touchscreen phones, slider phones or both type and touch functionality, you name it and there are lots of varieties available in that segment.